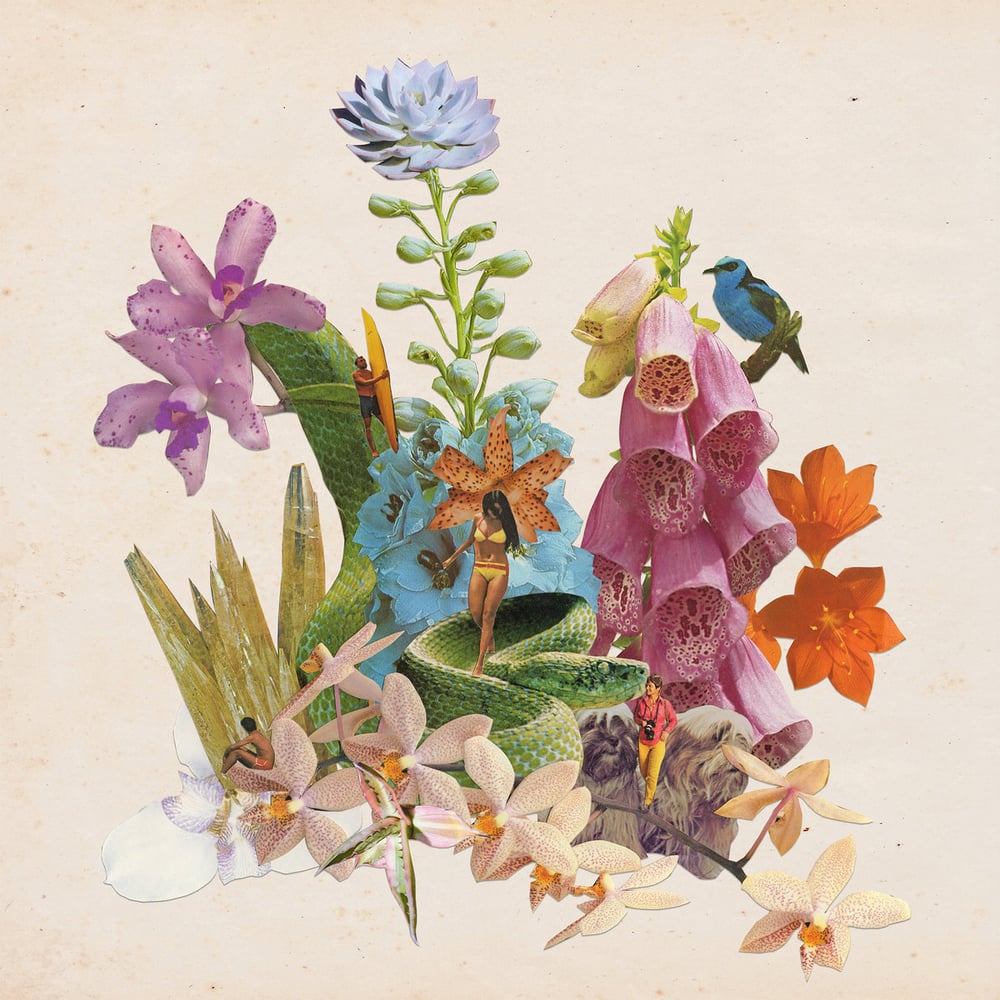 Each record comes with an art insert and 2 stickers. The test pressing option, pressed on black vinyl, features custom jacket art by Monster Rally. Limit of one test pressing option per household/person/order, a standard edition record will be swapped in if you order multiple of this option.

When the beach party film revival arrives, Ted Feighan (aka Monster Rally) will be the Ennio Morricone of its resurgence. Mystery Cove, the forthcoming Monster Rally album, is a soundtrack to an imaginary movie both fit for the vaults of TMC and primed for a grindhouse exploitation flick screening. Mystery Cove contains a narrative arc of young lovers on an island getaway. As the grooves spin, Monster Rally reveals a cabalistic presence in the jungle that leads them on an adventure of surf competitions (“The Big Surf”), voodoo terror (“Tourismo”), and plenty of slushy cocktails (“After Hours”). The occult meets the salt-rimmed rum mix on Mystery Cove.

Since his Coral LP, Monster Rally has been an analog to the exotica forefathers. His reinvention of cocktail music via luau-loops and tchotchke breaks evokes a mondo vision of the subgenre. With Mystery Cove, the quiet village is not what it seems, and every resort comes at the cost of indigenous displacement. Beyond the florals and brightly feathered fauna is inferno in paradise.